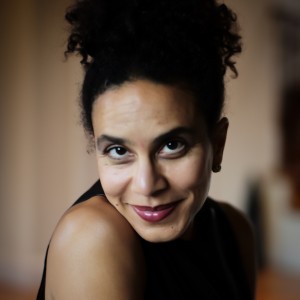 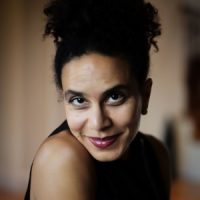 Sarah was born and raised in Nigeria. She has also lived in Kenya, France, and England. Her father is Nigerian and her mother is British. Sarah inherited her maiden name (Ladipo) from her father who was born in Ibadan (South West Nigeria) in the late 1930s. Her writing includes published essays, academic papers, book reviews and short stories.

I started writing after I left college when working as a secretary for Penguin Books. I found that writing was a good way of processing things that perplexed or troubled me. I also found that even in a workplace filled with books, there were still many stories that I wanted to read that were not being written or published. Toni Morrison has said that if there’s a book you want to read but cannot find, then you must write it. This is fundamentally what compels me to write.

2. AT WHAT POINT DO YOU KNOW A STORY/BOOK IS COMPLETE?

I don’t think a book is ever done, but I know that I’ve come to the end of a project when I begin to sense that further polishing isn’t making the writing any better (and sometimes making it worse). I’ve also learned that it’s important to put work aside and leave it for sometime, unread, before going back to it for final revisions.

3. WHAT’S THE HARDEST/EASIEST THING ABOUT WRITING?

4. WHAT BOOKS WOULD YOU SAY SHAPED YOUR WRITING?

Everything that I read (hear, taste, feel, and smell), has some influence on what and how I write. Toni Morrison has, most recently, helped me to pay more attention to the sound of my writing. Yemisi Aribisala, not unlike Nina Simone, inspires me to write what I like with the example of her deliciously, unique voice.

5. ARE YOU WORKING ON ANYTHING AT THE MOMENT?

My next book is about a young man growing up in America. It’s certainly of great interest to me, it has to be, otherwise I wouldn’t be writing it.

6. HOW DO YOU FEEL ABOUT BAD REVIEWS?

I try not to be overly influenced by reviews – good or bad. Once the book is written and published, then I let it go. Dwelling on negative reviews doesn’t make the work any better. My first Amazon review for Like a Mule Bringing Ice Cream to the Sun was spectacularly bad. A reviewer by the name of “unknown” referred to the book as “nothing interesting” and gave it one star.

In fiction as in life, I’m most drawn to the more invisible characters or the minor characters. So, for example, in Chinua Achebe’s Things Fall Apart, the character that most intrigues me is Okonkwo’s daughter, Ezinma. Similarly, in Lorraine Hansberry’s A Raisin in the Sun I’m most curious about the minor character, Joseph Asagai, who is said to come from Nigeria. I have no desire to be either of these characters, but they intrigue me enough to want to flesh out their stories.

It seems a little odd for me to choose one of my own titles, but I’m very fond of Like a Mule Bringing Ice Cream to the Sun which are lines taken from Mary Ruefle’s poem, Donkey On. Life is often about donkeying on. At the same time, mules famously don’t do what they are told, they are good with self preservation. So while the title suggests that the mule goes to the sun, who knows where it might wander! Perhaps the only certainty about life is that it goes by quickly. Melts. Bittersweet.

While some people know that I have a Ph.D., most won’t know how spectacularly I failed in my A Level exams, with my lowest score (an ‘E’) for English Literature. In my first year after high school, with no hope of ever getting into a university, I went to secretarial college. My first typing job was at a bus company in Eastbourne, England, where I was fired after half a day’s work for typing too slowly. 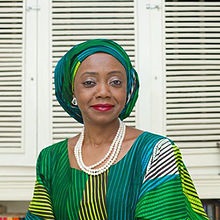 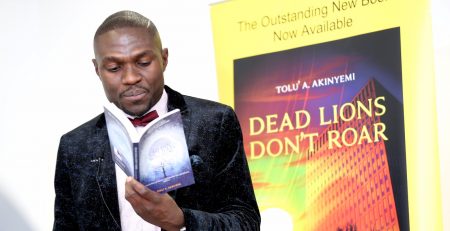 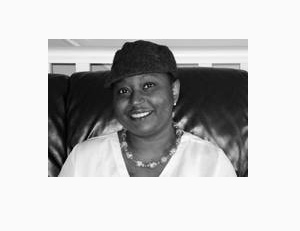 Yejide Kilanko was born in Ibadan, Nigeria. She read just about anything she could lay her hands on and... read more