A Grain of Wheat

Set in the wake of the Mau Mau rebellion and on the cusp of Kenya’s independence from Britain, A Grain of Wheat follows a group of villagers whose lives have been transformed by the 1952–1960 Emergency. At the center of it all is the reticent Mugo, the village’s chosen hero and a man haunted by a terrible secret.

As we learn of the villagers’ tangled histories in a narrative interwoven with myth and peppered with allusions to real-life leaders, including Jomo Kenyatta, a masterly story unfolds in which compromises are forced, friendships are betrayed, and loves are tested.

Be the first to review “A Grain of Wheat” Cancel reply 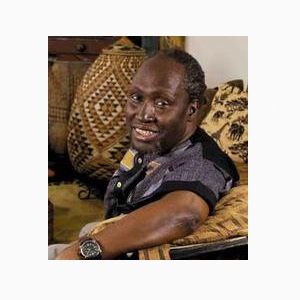 Kenyan teacher, novelist, essayist, and playwright, whose works function as an important link between the pioneers of African writing and the younger generation of postcolonial writers. After imprisonment in 1978, Ngũgĩ abandoned using English as the primary language of his work in favor of Gikuyu, his native tongue.
The transition from colonialism to postcolonialism and the crisis of modernity has been a central issues in a great deal of Ngũgĩ’s writings.