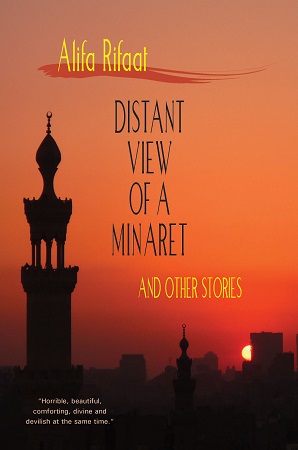 Distant View Of A Minaret and Other Stories

“More convincingly than any other woman writing in Arabic today, Alifa Rifaat lifts the veil on what it means to be a women living within a traditional Muslim society.” So states the translator’s foreword to this collection of the Egyptian author’s best short stories. Rifaat did not go to university, spoke only Arabic, and seldom traveled abroad. This virtual immunity from Western influence lends a special authenticity to her direct yet sincere accounts of death, sexual fulfillment, the lives of women in purdah, and the frustrations of everyday life in a male-dominated Islamic environment.

Translated from Arabic by Denys Johnson-Davies, the collection admits the reader into a hidden private world, regulated by the call of the mosque, but often full of profound anguish and personal isolation. 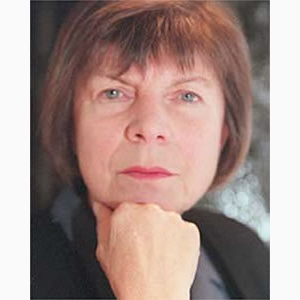 Fatimah Rifaat (June 5, 1930 – January 1996), better known by her pen name Alifa Rifaat, was an Egyptian author whose controversial short stories are renowned for their depictions of the dynamics of female sexuality, relationships, and loss in rural Egyptian culture. While taking on such controversial subjects, Fatimah Rifaat’s protagonists remained religiously faithful with passive feelings towards their fate. Her stories did not attempt to undermine the patriarchal system; rather they were used to depict the problems inherent in a patriarchal society when men do not adhere to their religious teachings that advocate for the kind treatment of women. Fatimah Rifaat used the pseudonym Alifa to prevent embarrassment on the part of her family due to the themes of her stories and her writing career.