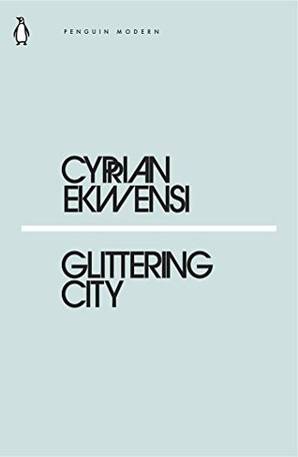 ‘”Forget all your fears now. Have a fling this night”‘

Be the first to review “Glittering City” Cancel reply 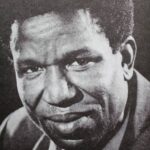 Cyprian Odiatu Duaka Ekwensi, an Igbo, was born in Minna, Niger State. He is a native of Nkwelle Ezunaka in Oyi local government area, Anambra State, Nigeria. His father was David Anadumaka, a story-teller and elephant hunter.

Ekwensi wrote hundreds of short stories, radio and television scripts, and several dozen novels, including children’s books. His 1954 People of the City was his first book to garner international attention. His novel Drummer Boy (1960), based on the life of Benjamin ‘Kokoro’ Aderounmu was a perceptive and powerful description of the wandering, homeless and poverty-stricken life of a street artist. His most successful novel was Jagua Nana (1961), about a Pidgin-speaking Nigerian woman who leaves her husband to work as a prostitute in a city and falls in love with a teacher. He also wrote a sequel to this, Jagua Nana’s Daughter.

In 1968, he received the Dag Hammarskjöld International Prize in Literature. In 2001, he was made an MFR and in 2006, he became a fellow of the Nigerian Academy of Letters.