A novel of ardent loyalty, encroaching modernity, political desire, and personal liberation, Measuring Time is a heart-wrenching history of Nigeria, portrayed through the eyes of a single family.

Mamo and LaMamo are twin brothers living in the small Nigerian village of Keti, where their domineering father controls their lives. With high hopes the twins attempt to flee from home, but only LaMamo escapes successfully and is able to live their dream of becoming a soldier who meets beautiful women. Mamo, the sickly, awkward twin, is doomed to remain in the village with his father. Gradually he comes out of his father’s shadow and gains local fame as a historian, and, using Plutarch’s Parallel Lives as his model, he embarks on the ambitious project of writing a “true” history of his people. But when the rains fail and famine rages, religious zealots incite the people to violence―and LaMamo returns to fight the enemy at home.

A novel of ardent loyalty, encroaching modernity, political desire, and personal liberation, Measuring Time is a heart-wrenching history of Nigeria, portrayed through the eyes of a single family.

Be the first to review “Measuring Time” Cancel reply 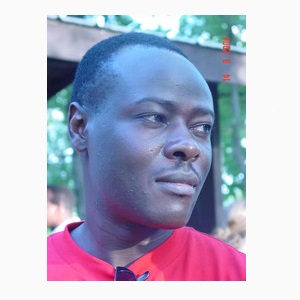 Helon Habila was born in Nigeria in 1967. He studied literature at the University of Jos and taught at the Federal Polytechnic Bauchi, before moving to Lagos to work as a journalist. In Lagos he wrote his first novel, Waiting for an Angel, which won the Caine Prize in 2001. Waiting for an Angel has been translated into many languages including Dutch, Italian, Swedish, and French.
In 2002 he moved to England to become the African Writing Fellow at the University of East Anglia. After his fellowship he enrolled for a PhD in Creative Writing. His writing has won many prizes including the Commonwealth Writers Prize, 2003. In 2005-2006 he was the first Chinua Achebe Fellow at Bard College in New York. He is a contributing editor to the Virginia Quarterly Review, and in 2006 he co-edited the British Council’s anthology, New Writing 14. His second novel, Measuring Time, was published in February, 2007.
He currently teaches Creative Writing at George Mason University in Fairfax, Virginia, where he lives with his wife and children.