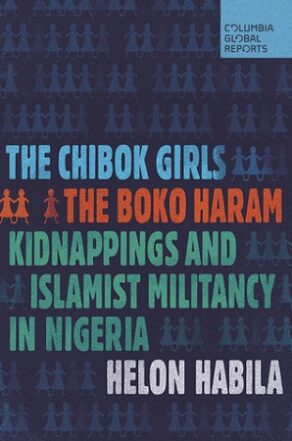 The Chibok Girls: The Boko Haram Kidnappings and Islamist Militancy in Nigeria

On April 14, 2014, 276 girls from the Chibok Secondary School in northern Nigeria were kidnapped by Boko Haram, the world’s deadliest terrorist group. Most were never heard from again. Acclaimed Nigerian novelist Helon Habila, who grew up in northern Nigeria, returned to Chibok and gained intimate access to the families of the kidnapped to offer a devastating account of this tragedy that stunned the world.

With compassion and deep understanding of historical context, Habila tells the stories of the girls and the anguish of their parents; chronicles the rise of Boko Haram and the Nigerian government’s inept response; and captures the indifference of the media and the international community whose attention has moved on.

Be the first to review “The Chibok Girls: The Boko Haram Kidnappings and Islamist Militancy in Nigeria” Cancel reply

Helon Habila was born in Nigeria in 1967. He studied literature at the University of Jos and taught at the Federal Polytechnic Bauchi, before moving to Lagos to work as a journalist. In Lagos he wrote his first novel, Waiting for an Angel, which won the Caine Prize in 2001. Waiting for an Angel has been translated into many languages including Dutch, Italian, Swedish, and French.
In 2002 he moved to England to become the African Writing Fellow at the University of East Anglia. After his fellowship he enrolled for a PhD in Creative Writing. His writing has won many prizes including the Commonwealth Writers Prize, 2003. In 2005-2006 he was the first Chinua Achebe Fellow at Bard College in New York. He is a contributing editor to the Virginia Quarterly Review, and in 2006 he co-edited the British Council’s anthology, New Writing 14. His second novel, Measuring Time, was published in February, 2007.
He currently teaches Creative Writing at George Mason University in Fairfax, Virginia, where he lives with his wife and children.