In compelling and witty prose, The Lazarus Effect by Hawa Jande Golakai is an evocative tale of the underbelly and otherworld of love, murder and madness in a Cape Town that visitors seldom see. This is an enthralling debut by an exciting new author in the world of crime fiction.

About The Lazarus Effect

Voinjama Johnson is a woman on the brink of a dark, downward spiral. Suffering from misfortunes past and present, all Vee has is her work as an investigative journalist to hang on to. Now her career, like her sanity, is under fire. A revenant haunts Vee’s steps – during her blackouts, the ghost of a strange teenage girl in a red woollen hat keeps reaching out to her. Desperate for answers, she and her new assistant Chloe Bishop plunge into the disappearance of seventeen-year-old Jacqueline Paulsen.

As Vee and Chloe enter the maze of a case full of dead ends, the life of their intrepid missing girl reveals a family at odds – a dead half-brother, an ambitious father running from his past and the two women he has loved and ruined, a clutch of siblings with lies in their midst. How could a young girl leave home to play tennis one bright Saturday and never be seen again, and what do the dysfunctional circle of people she knew have to hide? Every thread Vee pulls in Jacqueline’s tight weave of intrigue brings her closer to redemption and an unravelling more dangerous than she bargained for.

In compelling and witty prose, The Lazarus Effect is an evocative tale of the underbelly and otherworld of love, murder and madness in a Cape Town that visitors seldom see. This is an enthralling debut by an exciting new author in the world of crime fiction.

Be the first to review “The Lazarus Effect” Cancel reply 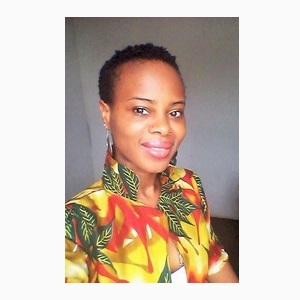 Born in Frankfurt, Germany, Hawa Jande Golakai spent a vibrant childhood in her homeland Liberia. After the 1990 civil war she bounced around the continent, and after living in several countries considers herself a modern nomad and cultural sponge.
Her crime debut The Lazarus Effect was thrice nominated for literature awards.The sequel, The Score, has been released in November 2015. She is currently an honouree of the Africa39 Project, celebrating 39 of the most promising contemporary authors under the age of 40 on the continent.
She enjoys performing autopsies and investigating peculiar medical cases for her storylines. In addition to writing full-time, she juggles a career as a medical immunologist and health consultant. She lives between Monrovia and anywhere else she finds herself.