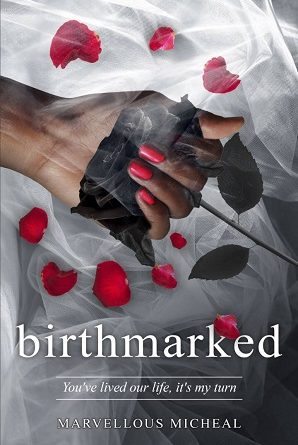 A Reader's Thoughts on Birthmarked 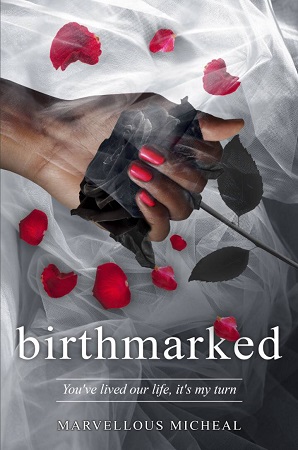 Seated there, unsure of which book to read next, you stare at the cover of the book with beautiful petals plastered round a hand holding unto a rose. You think of picking it up. But then, you have a pile of unread books you’ve acquired over the years seated on your shelf. They say ‘do not judge a book by its cover’ but you just couldn’t help with this one. It was just too attractive and irresistible. You pick it up eventually and dive into it immediately. Hours later, you’re trying to stay awake because the moment you’re done with a page, you find yourself turning the next page out of excitement.

Birthmarked is a story of two lovers whose separate secret culminates and leads into a web of confusion. The secret they hold dear comes back to haunt them and leaves an unforgettable ditch in their lives. Birthmarked weaves the unimaginable in a web that thrills and leaves you gawking. The book presents a dynamic story, webbed around faulty yet blameless characters. Jay is the dreaded devil that haunts every other character. His insistence on transiting into the life of his brother as revenge leads the story on to climax. One is bound to ask if jay’s fight for vengeance is spurred by the circumstance of his birth and upbringing or he is just in love with the women in his brother’s life. Jack is a phenomenal character that seemed almost faultless but his resolve to keep the discovery of a brother that sprung from nowhere away from his family leads to the whirlwind of confusion. He is faulty but one finds it difficult to blame him. Ethan is the faultless and blameless character but one is forced to ask how blameless he can be if found in alternate situation. Mote is the phenomenal woman who, unfortunately, is on the receiving end of the actions and inactions of jack and jay. She cannot be blamed for her doings as well. Ara’s character forces one to reminisce over Rihana’s ‘mandown’ track; a pitiable character caught up in the web of her parent’s secret.

Marve Michael further assures us that the darkest of secrets lies in the bottomless pit of the human mind and these secrets are demons who have their way of haunting us. There is no secret; the truth is just being postponed.

The predominance of vengeance and its unconscious way of manifesting and transforming the lives of the characters catapulted the storyline to its peak and the overall resolution.  Jay is out on a revenge for his brother. He ends up falling in love with his brother’s wife. Jack is out to revenge the death of his son. He ends up falling in love with the catalyst of the event that led to death of his son. Birthmarked expounds the reality of how circumstances are capable of transforming and reshaping human lives. What we are is just the result of our present situation. We are just a circumstance away from the beast we feel we are not.

The story unfolds in layers with spices of information coming up in the most unpredictable manner, leaving one with urge to unravel yet another mystery. The writing is scenic and charming. It reads more like a movie than a novel. The switching of perspective is neatly employed in a way that does not confuse the reader but rather gives essence to the overall storytelling.

As often seen in most writers of colour, Marve Michael does not embark on tackling or highlighting any socio-political problem. Although one finds the writer touching societal problems like the stigma attached to unwanted pregnancy. The writer is just out to tell a beautiful story. On the overall, Birthmarked is a book whose beautiful cover compliments its beautiful and well told story.  So, yes, you can judge this book by its beautiful cover. 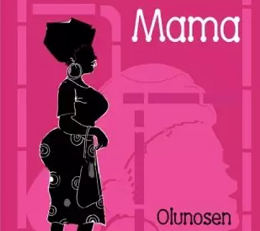 BOOK AUTHOR Olunosen Louisa Ibhaze   YEAR OF PUBLICATION 2016   REVIEWED BY Ebehi Iyoha Everything you need to know about the flavour of Authentic Mama is... read more 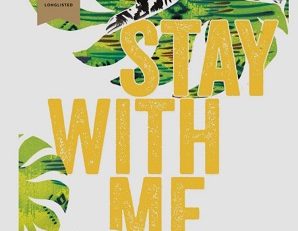 Stay With Me: A Critique 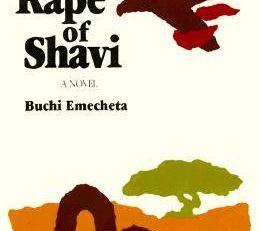 The Rape of Shavi: A Review

BOOK AUTHOR Buchi Emecheta   GENRE Fiction, African Literature   YEAR OF PUBLICATION 1983   REVIEWED BY Dotun Dairo We are transported to the kingdom of Shavi, where the former... read more