Just finished a book and trying to decide what to read next? Searching for one of your old faves? Or are you a newbie to the reading culture and feeling lost?

Yes, you are on the right website. Check the latest vignette or find out what books other people are reading and reviewing. Or you could browse through the latest news and writing opportunities. Enjoy! 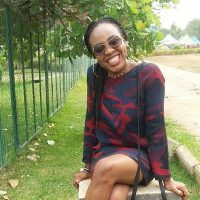 Submit to Mounting the Moon Anthology of Queer Poetry

LGBTQ activist and novelist, Unoma Azuah, has called for submissions to a queer anthology of Nigerian poetry. To be titled Mounting the Moon: Queer Nigerian Love Poems, the project is to be co-curated by Michelle Omas.

Here are the major keys to note:
– Submissions are to be made in English and/or Pidgin English, relating to LGBT life and rights in Nigeria or the Nigerian Diaspora.
– Poems can be in any form, quantity and of length up to 200 lines maximum.
– A brief bio (max. 150 words) is to be included with each submission.
– Completed works are to be submitted by September 15th, 2017 to queernaijalovepoems@gmail.com.

Submit to The Flash Fiction Competition

The Cesar Egido Serrano Foundation has announced the commencement of submissions for the 2017 edition of the “The Museum of Words” International Flash Fiction Competition. The competition honours the finest flash fiction piece. The winner takes home $20,000 and three runners-up are awarded consolation prizes of $1,000.

Here are the keys to note:
– There is no entry fee.
– There can only be a maximum of two entries per writer.
– Entries must be submitted through the online form.
– Deadline: Thursday 23 November 2017.

The Single Story Foundation (TSSF) is currently open for submissions. The journal will be accepting poetry, fiction and creative nonfiction.

Writers should send their works as a Microsoft Word document attachment to journal@singlestory.org, with the email title as TSSF Journal: [Work Name], [genre]. Identifying information should not be in the document submitted.
Deadline: July 15.

Writers from around the world are invited to enter the 2018 Sunday Times EFG Short Story Award. The winner will receive £30,000 (approx US$40,000), making this the most valuable prize in the world for a single short story.

This residency for women writers is located on Whidbey Island, about thirty-five miles north-west of Seattle. The program is open to all women writers, whether their work has been published yet or not. Applications open in June.

In an exclusive interview with TheBookDealerNG, Easy Motion Tourist author Leye Adenle confirmed a sequel to the popular novel.

Titled When Trouble Sleeps, he said the first book, Easy Motion Tourist, was the first title in a bigger collection called the Amaka series.

Writivism has announced the shortlists for their Short Story and Koffi Addo Nonfiction Prizes. Cut down from a longlist of thirty-five writers in total, both lists aim to appreciate writers in the short fiction and non-fiction genres respectively.

The shortlisted stories for their Short Story Prize are to be published in Munyori Literary Journal, while the Nonfiction finalists will appear in Enkare Review.

Authors Nnedi Okorafor, Lauren Beukes and Sofia Somatar have all been listed in an Entertainment Weekly‘s list of “27 Female Authors Who Rule Sci-Fi and Fantasy Now.” The list was generated by Entertainment Weekly in response to a National Review article, which dismissed the Bechdel Test and “claimed the absence of women in blockbuster films was as a result of the lack of women writing blockbuster-worthy stories.”

Following the submission of entries for the Okike Prize for Literature 2017, winners have finally been selected in each of the three categories. Founded only this year, the award aims to honour works in fiction, poetry and plays by Nigerian undergraduates. Submissions were made in the three main genres of literature: Drama, Poetry and Prose (Fiction), with a mouth-watering sum of N50,000 taken home by the winners of each category.

Shade Mary-Ann Olaoye topped the poetry category, while Jonathan Durunguma got top honours in the prose category. Both writers have also written for Brittle Paper in the past – what a coincidence.

We all know Akwaeke Emezi is multi-talented. But recently she’s shown another talent she isn’t well known for. With a debut novel to be released in February 2018, Akwaeke shared the delightful news of her being featured in Jay Z’s new 4:44 music video on Twitter.

✨ the ogbanje glimmers through a jay-z video ✨

Nigerian edition of “Who Fears Death” gets publication date

Fresh from one of her titles being selected by HBO to be made into a TV series, Nnedi Okorafor has reason to be happy again as the same book “Who Fears Death” has just been given a Nigerian publication date. Confirmed by Lola Shoneyin and to be published by Ouida Books, it’s set to be released in October 2017.

And @ouidabooks is super proud to be publishing the Nigerian edition of Who Fears Death in October 2017. ?????? https://t.co/fSZBqViJxo
— Lola Shoneyin (@lolashoneyin) July 11, 2017

BOOK OF THE WEEK

Our MCM this week is Cyprian Ekwensi, author of Jagua Nana and The Passport of Mallam Ilia.
Facts about Ekwensi
– His full name was Cyprian Odiatu Duaka Ekwensi, and he was born 26th September 1921 in Minna, Niger state.
– He wrote hundreds of short stories, radio & tv scripts and also several dozen novels including children’s books.
– In 1968, he received the Dag Hammarskjoid International Prize in literature and in 2001, he was made a member of the MFR.
– Ekwensi died on 4th November 2007 at the Niger foundation in Enugu after an operation.

Join the conversation on Twitter (@thebookdealerng), tell us your favourite Ekwensi book.

Send us a message

Here you can ask questions, drop feedback or request a book you can’t find on the store. 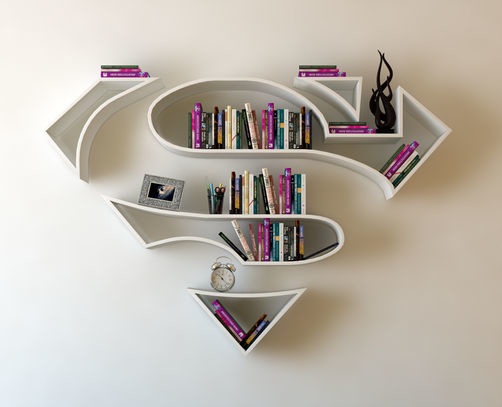